We welcomed in the New Year with friends, I had a minor bloggy crisis (but survived, as you can see …. still blogging) and my son lost a front tooth (not major news …. just an excuse for a cute photo of him!)

I had a makeover (!), definitely out of my comfort zone, but here you go – a photo of me!

We enjoyed living it up in the Manor in foggy Fermanagh (the county of my birth!) when we took a short hotel break with the kids as a treat for my middle daughter working so hard for her Transfer Test.

Despite having surgery (hyperparathyroidism – I’m just proud I can now say it and spell it!) it was a busy and sociable month: 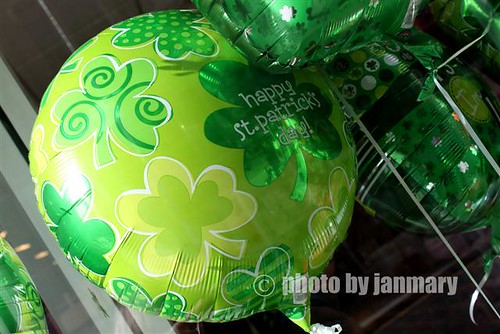 the Irish Blog Awards, and then the Taylor Swift concert

meeting up with a lovely blogger from North Carolina

and the first meeting of Digimumpreneurs

Over Easter we had our 3rd house swap to Galway, with glorious warm sunshine (better than we had in the summer!)

and of course there was the Royal Wedding

I took part in a local photography course in May, and these were a few of my favourite images

We had primary school sports day

Our middle daughter had her last day ever at primary school, so lots of excuses for photos!

We enjoyed a house swap to France

With a day in Paris

I spent a day at the Auld Lammas Fair in Ballycastle

And a photoshoot from Janmary Designs

and a new logo

Who would have thought it, but in October I had a business trip with Lisburn City Council on a trade mission to Atlanta

Followed by the SITS blogging conference

Yes I was THAT  close to Mama Kat!

We started with some beautiful weather in November

We had a wedding in November

My month of daily blogging was back

This was our Christmas card

And my favourite photo from Christmas Day had to be this one :

So, that was the year that was!

I’m linking up today to Mama Kat’s Writing Workshop and Four Plus An Angel & My Front Porch Swing – which asked for 12 photos or 12 words to sum up 2011 – NO WAY could I cope with either just 12 words or just 12 photos!!!

Looking back I feel SO much better following my surgery, and loved my trip to Atlanta ….who knows what next year will bring.

So how has your year been?

(the storms continue at the cottage – nearly blown away, but went out to take a few photos, and will share them tomorrow)